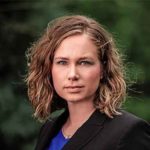 A commercial construction company serving as a general contractor primarily engaged in the construction of bridges, viaducts, elevated highways, as well as highway, pedestrian, railway tunnels, and airport runways.

Key Aspects
· The company has been in operation for 10 years and has established great local connections
· Highly diverse client base spanning local, state, and federal government as well as the commercial and industrial sectors
· The company has networks within the industry for better quality of bidding and sourcing

Opportunities
· Add talent, which would facilitate the expansion of operations
· Increase the geographic coverage, services, and market share
· The passing of the current administration’s infrastructure plan will create more highways and bridge construction projects.

Shareholder Objectives
· The company’s sole owner, acting as President, is seeking retirement with an eventual full exit after the sale of the company. He is open to various deal structures in order to facilitate a transaction.