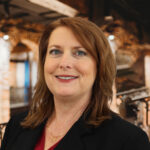 The offering is a collection of three California-based companies that are vertically aligned to provide a wide variety of film, television, stand-up comedy, and other entertainment content to a strong group of platform partners. The collection includes an all-rights film distributor and aggregator entity, an independent film production entity, and a streaming service entity.

Key Aspects
· $7.7 Million in future revenue that has been agreed upon with customers
· Content has grossed over $500 million at the global box office and has garnered over 600 million impressions on social media
· Deep industry network, including contracts with leading content platforms such as Hulu, HBO, and Amazon
· Ad-enabled content-streaming platform in 8 territories with paid ad partners
· Keen understanding of consumer trends allows for effective production to appeal to different demographics

Opportunities
· Excellent bolt-on acquisition for streaming platforms seeking to bolster their library with high-quality animated films and over 400 hours of Kids and Family content
· Leverage industry network and successful track record into new opportunities as competitors exit the genre
· Increase internal production to reduce dependence on licensing third-party content
· Expand availability of streaming service to new territories
· Deep industry network, including contracts with all leading streaming platforms such as Hulu, HBO, and Amazon

Shareholder Objectives:
Ownership consists of two shareholders. One owner is seeking an acquirer to grow the business as the other owner approaches retirement and seeks a full exit. Both shareholders are open to a variety of deal structures to facilitate a transaction